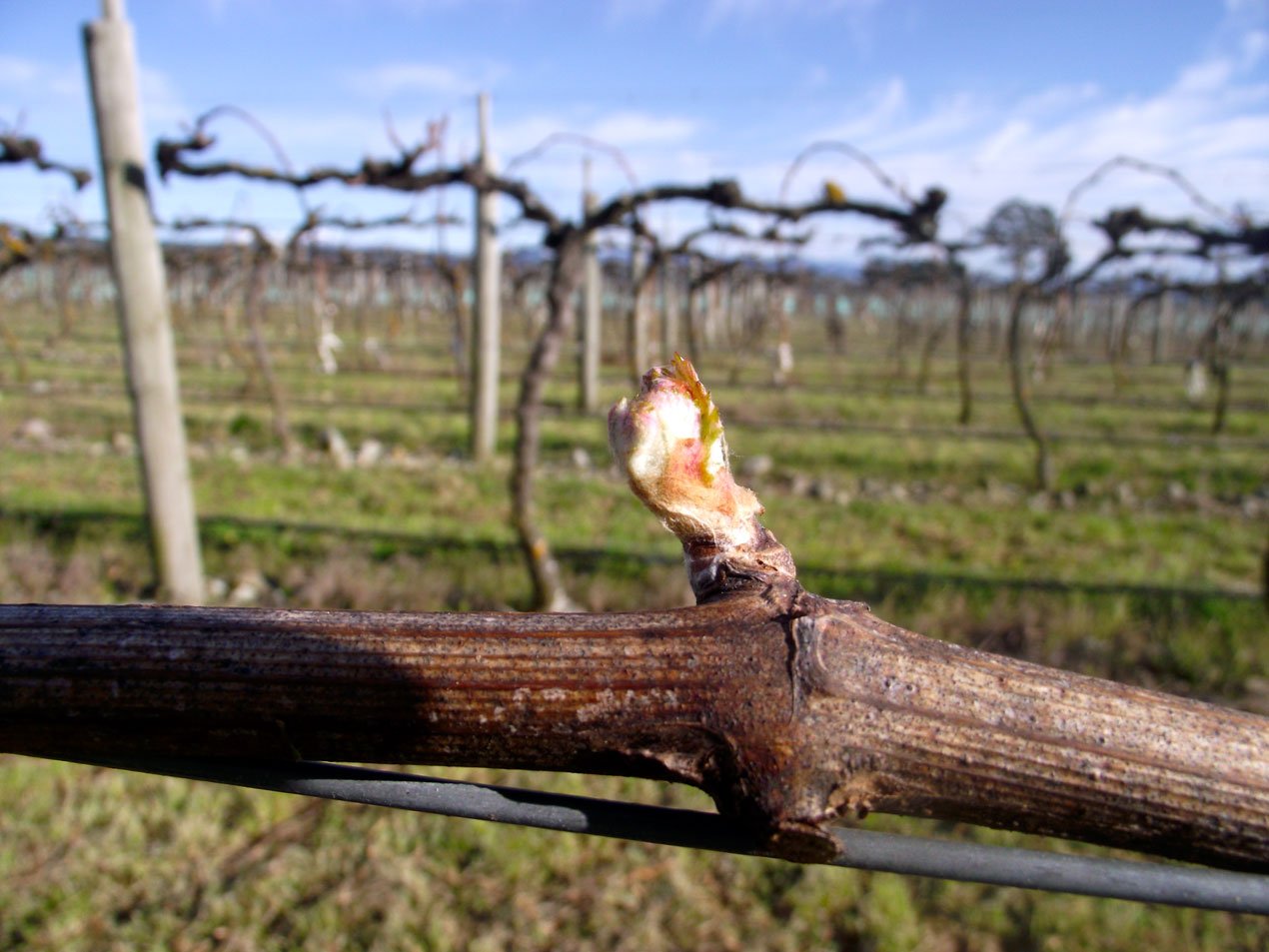 Our growing season got off to a good start. Early season we had nice moderate rainfalls and we were not affected by the frosts that hit some of the Nelson vineyards. The rains however increased in December reducing the set on some varieties and leaving us with nice loose clusters but smaller quantities.

The New Year gave us very good growing conditions with hot and dry weather. We used our irrigation sparingly to maintain good vine health. Luckily we didn’t suffer the strong drying winds of the previous year nor the problems with powdery mildew experienced by several other vineyards.

Thinning was generally not required to reduce crop but, as always, some thinning was undertaken to correctly space the bunches in the fruit zone.

During harvest we were frequently threatened with severe rain events all of which didn’t really amount to much in the end. Cyclone Pam ended up only giving us 13.3mm of rain on the evening of 19 March and another big threat three days later only gave us a similar amount. There was more predicted for the week after Easter but, once again, that only ended up being about a third of what was anticipated. By that stage we were pretty much all picked anyway.

Over all the cropping rates were light. Our Chardonnay and Pinot Gris were about on target but our Sauvignon Blanc was 15% lighter than predicted and our Pinot Noir 40% down on our targeted cropping rate.

The result of all this is that the 2015 wines are all showing very good intensity and concentration of flavour.

This concentration is really showing through nicely in the Sauvignon Blancs. The Pinot Noirs also are concentrated with nice ripe berry fruit flavours and great tannin balance. The Pinot Gris is very fruit driven and probably our best of the last few years. But the standout of the vintage will be the Chardonnays.

Latest News
What They Say
Our Latest Tweets